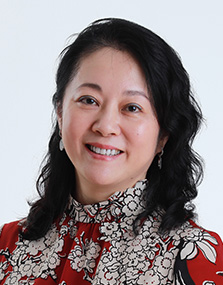 Mrs Celine Tang was appointed Non-Executive Chairman and Non- Independent and Non-Executive Director of the Company on 11 October 2018. Mrs Tang is currently Group Managing Director of SGX-listed company, SingHaiyi Group Ltd. She also holds the position of Non- Executive Chairman at OKH Global Ltd, an integrated property developer focused on logistics and industrial properties, listed on the Mainboard of the Singapore Exchange. She is also a Director of American Pacific International Capital, Inc. (APIC), a diversified international investment holding company with businesses throughout the US and China.

Mrs Tang has served as the Executive Director of Tang Dynasty Pte Ltd since its inception in 1995 and has been instrumental in growing the trading and investment company. She was also previously the Assistant Judicial Officer of Shantou Longhu District Court in China. She graduated with a Bachelor’s Degree  in Literature graduate from the China People’s University for Police Officers (now known as People’s Public Security University of China). Mrs Tang is the spouse of Mr Gordon Tang, founder of Haiyi Holdings, who is an esteemed entrepreneur with a stellar track record in real estate and investments and a philanthropist who actively drives sports-related charity activities.

Possessing a strong belief in giving back to society, Mrs Tang sponsors student scholarships and grants, as well as supports activities in several Singapore schools such as, West Spring Secondary, Juying Secondary School and Crest Secondary School. She also sits as a member of the Advisory Committee of Juying Secondary School. In addition, Mr and Mrs Tang are the owners of Aloha Sea Sports Club, which rents out equipment for water sports and conducts a wide range of water sport courses. All profits generated from the Club are donated for the development of sailing in Singapore. 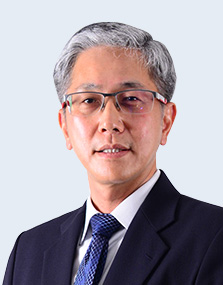 Mr Chia Lee Meng Raymond was appointed Group Chief Executive Officer in February 2016. He is responsible for the Group’s overall operations, strategic planning and investment decisions. Starting out as a project manager back in 1994, Mr Chia rose through the ranks and was appointed the Group’s Director the year Chip Eng Seng went public. He served as Managing Director of the property development division in July 2006, before being appointed Group Chief Executive Officer in June 2007 and Executive Deputy Chairman in January 2013. Outside the Group, Mr Chia was Chairman of Seacare Properties Pte Ltd.

He is also a patron of the Nee Soon South Citizens’ Consultative Committee. Mr Chia was awarded The Public Service Medal PBM in 2013 for public service rendered to the nation. He holds a Bachelor’s degree in Economics and Finance from Curtin University and a Master’s degree in Finance from RMIT. 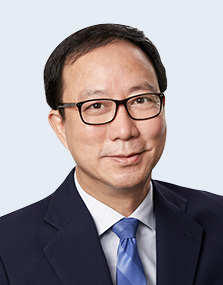 Mr Tan Tee How joined the Board on 2 February 2018 as Executive Director. Prior to this, Mr Tan had served 34 years in the Singapore Administrative Service, holding various key appointments, including Principal Private Secretary to then-PM Goh Chok Tong (1997 to 2000) and founding CEO of National Healthcare Group (2000 to 2004). He was Permanent Secretary of the Ministry of National Development (2004 to 2011) and of the Ministry of Home Affairs (2011 to 2014). He was also Commissioner of Inland Revenue and concurrently CEO of IRAS (2014 to 2018).

Mr Tan is currently Chairman of the Casino Regulatory Authority, Deputy Chairman of the National Healthcare Group, Independent Director of Hong Leong Finance Ltd and a member of the Panel of Experts, Singapore Cooperation Enterprise. He holds a Bachelor of Business Administration (Hons) degree from the National University of Singapore and a Master of Public Administration degree from Harvard University. He attended the Wharton Business School Advanced Management Programme in 2002. 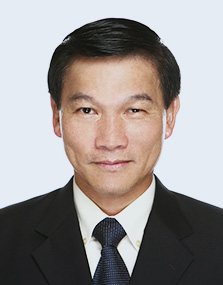 Mr Yam holds a Bachelor of Engineering (First-Class Honours) from University of New South Wales, Australia, a Master of Business Administration from National University of Singapore, and a Master of Public Administration from Harvard University, United States of America. He also attended the Harvard Business School Advanced Management Programme from Harvard University, United States of America and is a Fellow member of the Society of Project Managers Singapore. 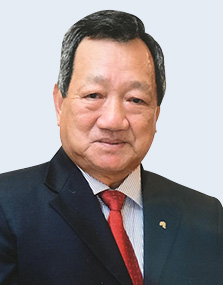 Mr Ang Mong Seng has been the Group’s Independent Director since March 2003. He is also a member of the Audit, Remuneration and Nominating Committees and has more than 30 years of experience in estate management. A former Member of Parliament for Hong Kah GRC (Bukit Gombak), Mr Ang also serves as an Independent & Non- Executive Director in various other public-listed companies. 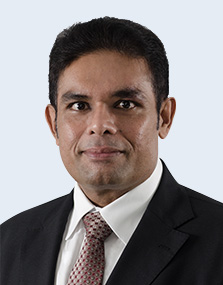 Mr Abdul Jabbar joined the Board on 2 February 2018 as an Independent Director. He chairs the Remuneration and Nominating Committees, and is a member of the Audit Committee. An Executive Committee Partner with Rajah and Tann Singapore LLP, Mr Jabbar heads the firm’s Corporate and Transactional Practice. He has more than 20 years’ extensive experience in mergers and acquisitions, joint ventures, employment, banking and finance, general commercial and private client work, both local and international. Mr Jabbar also advises companies on corporate governance, compliance and regulatory matters. He serves as company secretary on the boards of numerous private and public listed and unlisted companies as well as registered foreign companies with Singapore branches. He graduated from the National University of Singapore with a Bachelor of Laws (Hons) degree. 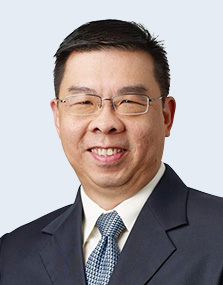 Mr Lock Wai Han was appointed as Independent Director of the Company on 11 October 2018. Mr Lock is currently the Executive Director and Chief Executive Officer of a SGX-listed company, OKH Global Ltd. From 1 November 2013 to 31 December 2015, Mr Lock was the Executive Director and Group CEO of Rowsley Ltd. Between June 2011 and August 2013, he was based in Beijing as the China CEO of CapitaMalls Asia (“CMA”), where he had oversight of a retail mall portfolio that included Raffles City projects and CMA mixed developments. Up until he joined CMA in March 2010, he had served in the Singapore public sector for more than 20 years during which he held various leadership roles including Commissioner of the Immigration & Checkpoints Authority; Director of the Criminal Investigations Department and Deputy Secretary of the Ministry of Information, Communications & the Arts, as well as directorships in various statutory boards.

Mr Lock holds a Bachelor and Master of Arts (Engineering) from the University of Cambridge, UK, and a Master of Science (Management) from Leland Stanford Junior University, USA. 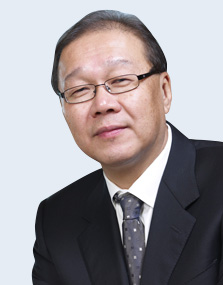 Professor Low Teck Seng was appointed Independent and Non-Executive Director of the Company on 12 December 2019. He is currently the CEO of the National Research Foundation, Singapore. He also serves as an Independent Director at ISEC Healthcare Ltd. and ExcelPoint Technology Ltd, and is a professor at Nanyang Technological University, Singapore and National University of Singapore. Professor Low holds a Bachelor of Science (Electrical and Electronic Engineering) (First Class Honours) and a PhD from the University of Southampton, UK. He is a Fellow of the Singapore Academy of Engineers; Fellow of the IEEE and International Fellow of the Royal Academy of Engineers, UK.

Dr Neo Boon Siong was appointed Independent and Non-Executive Director of the Company on 12 December 2019. He was the CANON Endowed Chair Professor of Business and twice served as Dean of the Nanyang Business School at the Nanyang Technological University, Singapore. Professor Neo currently serves as Director on the Board of Keppel Telecommunications & Transportation Ltd, the Audit Committee of St Luke’s Hospital, and the Human Resource Committee of St Luke’s Eldercare. He was previously the Chairman of k1 Ventures Ltd and served as Director of OCBC Bank, Great Eastern Holdings Ltd, OUE Hospitality Trust Ltd among several other companies. He holds a Bachelor of Accountancy (Honours) from National University of Singapore, Master of Business Administration and PhD from University of Pittsburgh, United States of America. 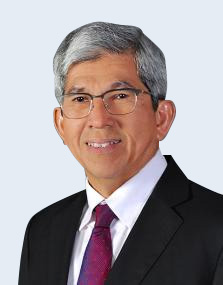 Prof Yaacob Ibrahim was appointed Independent Director of the Company on 20 February 2020. He chairs the Nominating Committee and is a member of the Audit and Risk Committee.

Prof Yaacob is currently a professor of engineering at the Singapore Institute of Technology (SIT) where he is also Advisor to the President of SIT.

Prior to his current position, Prof Yaacob served as a Minister in the Ministries of Communications and Information (2011 – 2018), Environment and Water Resources (2004 – 2011) and Community Development and Sports (2002 – 2004). Throughout the 16 years as a Minister, he was also Minister-in-charge of Muslim Affairs. He started his political career as a Member of Parliament (MP) in Jalan Besar GRC on 2 January 1997. He held several political appointments before becoming a minister in 2002.

Prof Yaacob graduated from the University of Singapore with a degree in Civil Engineering in 1980. He worked as a structural engineer with a multinational engineering consulting firm from 1980 to 1984. He pursued his Ph.D at Stanford University from 1984 and graduated in 1989. He spent two years as a post-doctoral fellow at Cornell University. He joined the National University of Singapore as a faculty member in 1990 where he became a tenured member. He took a leave of absence from NUS from July 1998 till his resignation from NUS in August 2018.

He is currently on the Board of Trustees for the Building Construction and Timber Industries Employees’ Union (BATU). He is also Advisor to IMDA’s Kampong Glam Digitalisation Project.